Noticed that there are enumerated values for attributes w/in LDD’s, specifically under the Schematron rules area. Guessing this has to do with Inherited Attributes, per Jordan’s explanation here + Ed’s explanation here. When repeating/inheriting attributes and classes within an LDD, does it matter how you begin your enumeration? E.g. beginning with _0 vs. _1, because in the Geom dictionary, I see both examples of classes and attributes enumerated beginning with either _0 or _1 (e.g. Expanded_Geometry_1, spice_kernel_0). 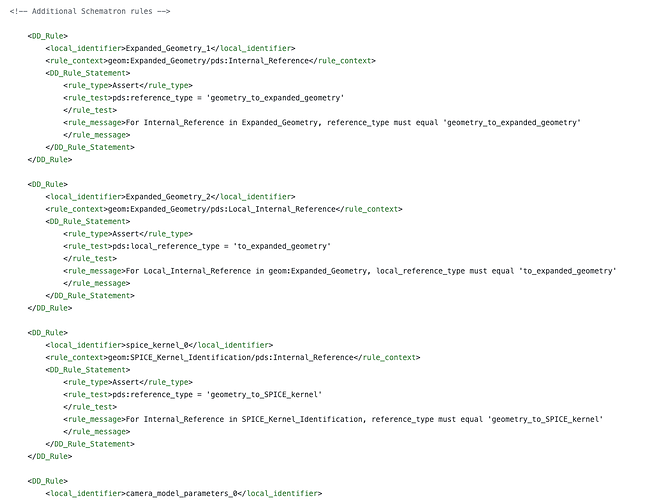 if so, the values for those attributes are arbitrary. as described the definition for local_identifier from the PDS4 Information Model Specification:

The local_identifier attribute provides a character string which uniquely identifies the containing object within the label.

In other words, the only requirement for the <local_identifier> value is that it is unique within the label.